So You Want To Know If All Cops Are Bastards?

A deconstruction of anti-ACAB myths for would-be abolitionists

In the days following the tragic murder of George Floyd at the hands of the armed agents of the state we call “police officers”, many people began to speak out and educate themselves on the issue of police and prison abolition. Some have even taken up the slogan of “ACAB” aka “All Cops Are Bastards”.

This phrase may seem like a “generalization” or “too radical.” People object: “After all, not all cops are racists right? Or misogynists? What about cops of color?”

Let’s break down these objections and a few other common myths and figure out if all cops really are bastards.

Objection 1: “Aren’t they just trying to enforce the law?”

While the official purpose of police is to “protect and serve”, the reality is that they are not actually required to know what the law says and the vast majority of the laws that they do enforce are themselves products of institutional racism.

For example, under the precedent set by Heien v. North Carolina, “a police officer's reasonable mistake of law can provide the individualized suspicion required by the Fourth Amendment to the United States Constitution to justify a traffic stop.”

Another example: under the precedent set by Warren v. District of Columbia, “the police do not owe a specific duty to provide police services to citizens based on the public duty doctrine.” This was a horrifying case in which three women were victims of sexual violence and assault and repeatedly called 911 for help. The officers who arrived on the scene of the crime did nothing to investigate what was occurring inside the house, let alone intervene. The court ruled in favor of the police department when the victims sued for negligence.

In other words, cops do not exist to protect and serve civilians as a huge portion of the laws that do end up getting enforced are themselves fundamentally unjust and racist.

Objection 2: “Not every cop is racist, right? What about Black cops or other cops of color?”

This argument usually comes from a belief that racism is only an individual behavior where there’s conscious hatred of another person for their skin color. It is so much more.

White supremacy and racism, both in the United States and throughout the colonized world, exist through institutional power and social hierarchy. They seek to maintain the power of whiteness and white people.

So how does this apply to policing? The first police departments in the United States were runaway slave patrols in the South. Convict labor in prisons was the successor to chattel slavery –– the 13th Amendment prohibited “involuntary servitude, except as punishment for a crime.”

This makes clear that the modern institution of policing and prisons which masks white supremacy as “justice” and Blackness as “criminality” is racist in its origins and at its core.

No matter the race of the cop, the institution they are a part of and the laws they enforce are racist.

Objection 3: “Aren’t most acts of violence committed by a few ‘bad apples’? That doesn’t represent most cops, right?”

While it is true that not every single cop has murdered an innocent person, the institution of policing makes abusing power part of the job.

Police violence is extremely widespread in the United States. To make matters worse, 99% of police killings do not result in officers being charged. Of the 1% who are charged, only 1 in 4 are convicted.

How does this happen? Because police departments are not plagued by a few “bad apples” who make everyone else look bad. Police officers commonly use their institutional power to protect those “bad apples” from ever being held accountable. This is colloquially known as the “Blue Wall of Silence”, and it is why there are no “good” cops who outweigh the “bad” ones; they are all rotten.

Objection 4: “Maybe American cops are bad, but what about police in other countries?”

The racist origins of American policing are based on the history of European colonialism throughout the Western hemisphere, not just in the United States.

Other countries with a similar history of white supremacy, chattel slavery and genocide of Indigenous people face very similar problems of police brutality and racial inequality to this day.

Brazil received 40% of all the African slaves ever brought to the Americas (compared to the 10% that were brought to the United States) and did not abolish chattel slavery until 1888, 23 years after the 13th Amendment was ratified. Today, a Black youth is killed in Brazil every 23 minutes, and 70% of favela inhabitants are Black.

Australia blocked all non-European immigration through the “White Australia” policy starting in 1901 and did not fully dismantle the policy until 1973. Today, Indigenous Australians are about 2% of the population but account for 27% of those incarcerated.

Canada, Colombia, Mexico and many other countries with a history of European colonialism and white supremacy continue to face a scourge of systematic state violence against Afro-descendants and Indigenous peoples, often through the direct enforcement of the state. There is also widespread racism and discrimination in Europe itself; “human zoos” of kidnapped African villagers were popular attractions as recently as 1958. This is not just a problem in the United States.

Objection 5: “There might be a lot of problems with policing and institutional racism might be real, but we can fix that through reform.”

Many believe that these critiques are the result of imperfections and flaws in the “justice” system. These problems can be gradually resolved through body cameras, sensitivity training, use of force standards and other reforms. This is not the case.

The NYPD completely banned chokeholds in 1993, but Eric Garner was killed by an officer’s chokehold in 2014.

The reality is that these institutions are not “accidentally” violent or racist, they are fundamentally designed to enforce racism and preserve the legacy of white supremacy which continues to produce so much suffering around the world.

For this reason, resolving these challenges requires a rethinking of “justice.”.

Instead of the propagation of harm toward those who are criminalized, justice should mean the social obligation to prevent future harm from occurring and repairing the damage that has been done in the past.

This is what is meant by the term “abolition”; not just the dismantling of oppressive institutions, but the construction of transformative ones.

As Angela Davis said, “It’s not only about getting rid of mass incarceration, although that’s important. It’s about transforming the entire society.” In practice, this means we have to address the root causes of individual problems like drug addiction, petty theft and gendered violence, rather than placing every social problem under the umbrella of “crime.”

This can be done by investing in Black communities; dedicating resources to mental health services, social workers, conflict resolution counselors, EMTs, and peer support professionals; divesting from policing and prisons.

A world without police is within our grasp, we just have to be bold enough to create it.

If all of this research didn't convince you that ACAB , then hopefully these memes compiled by The Rowdy Team will. 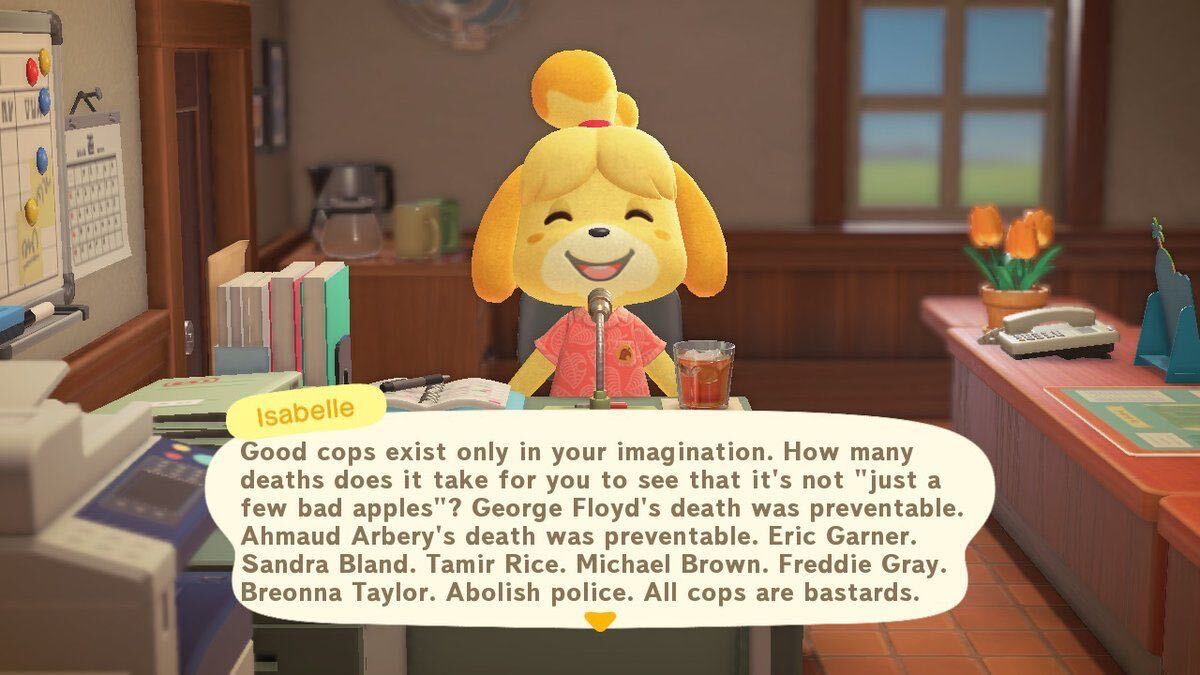 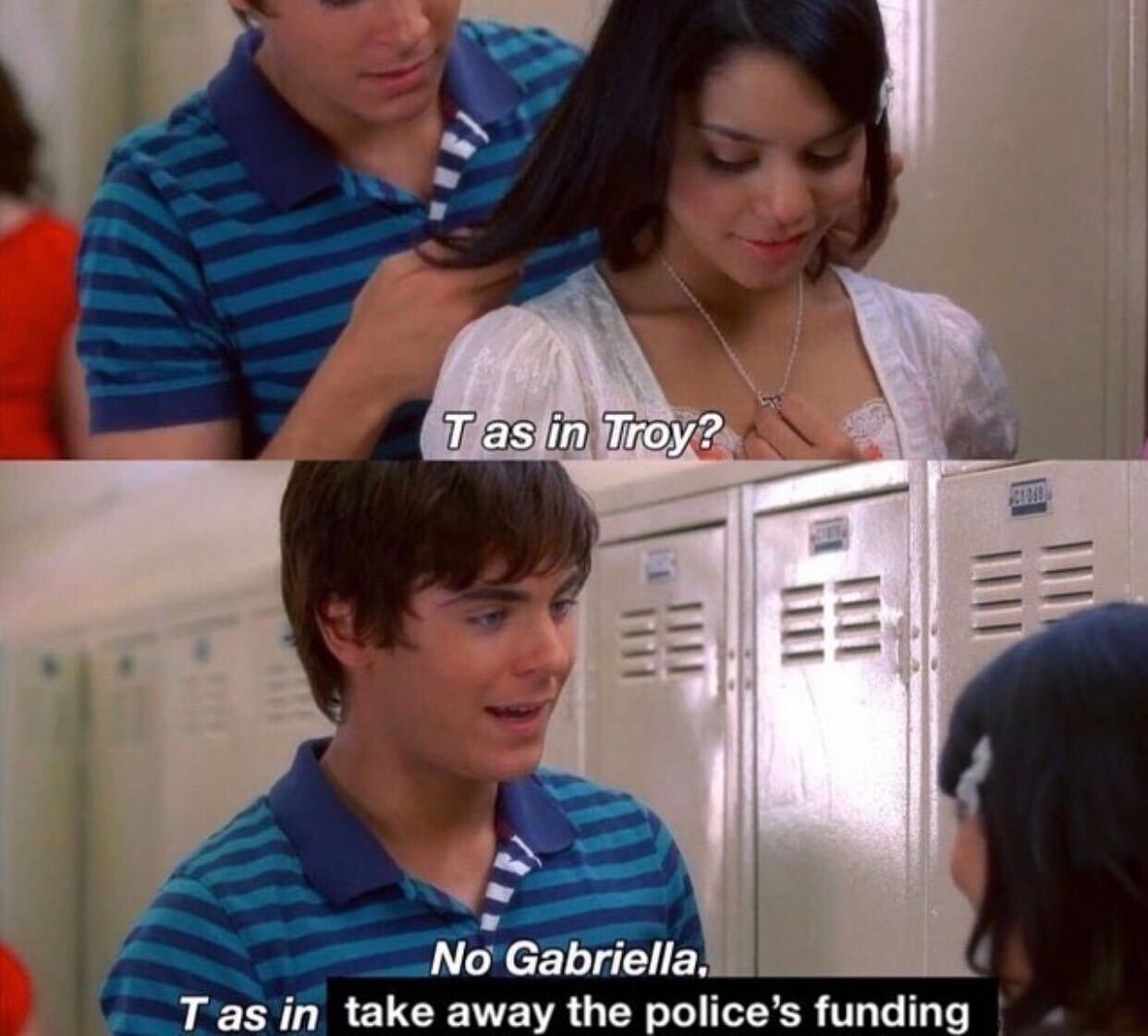 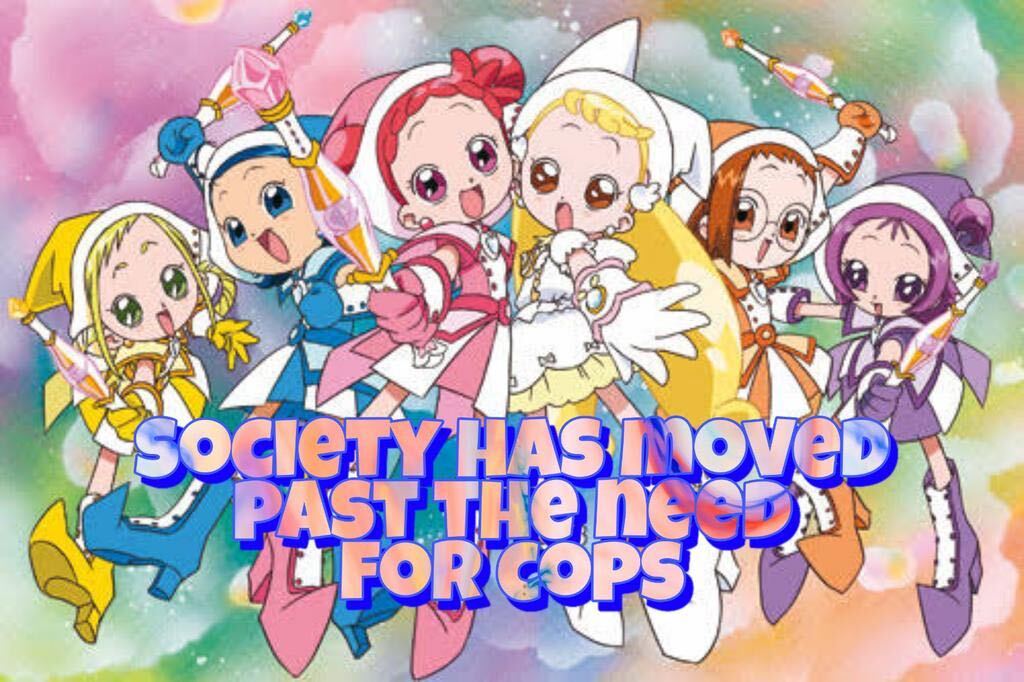 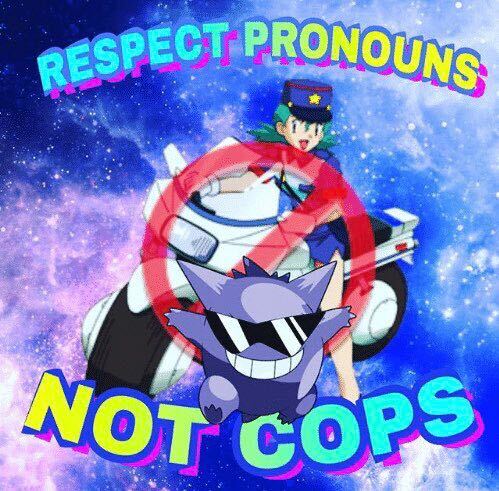 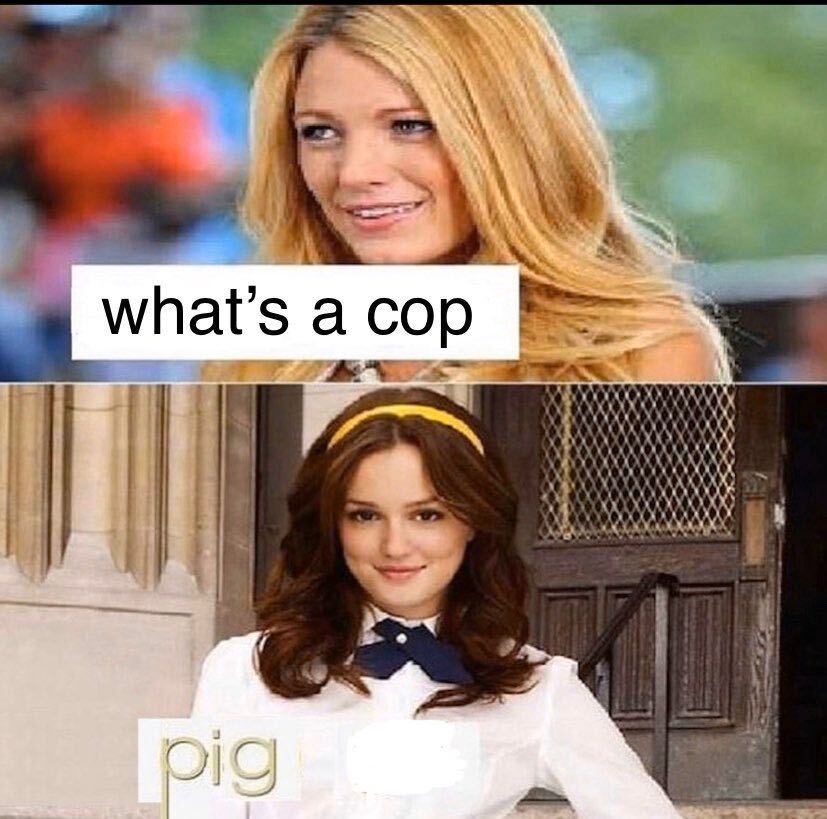 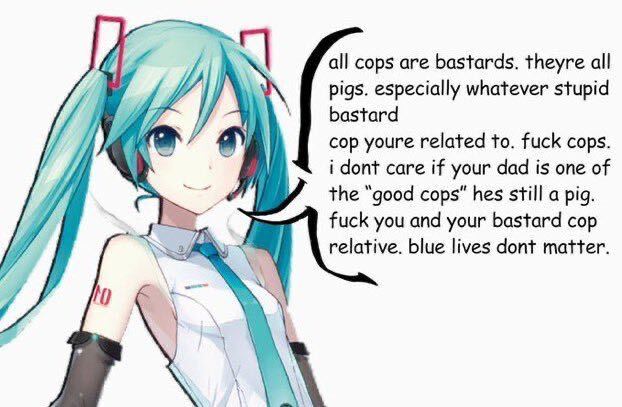 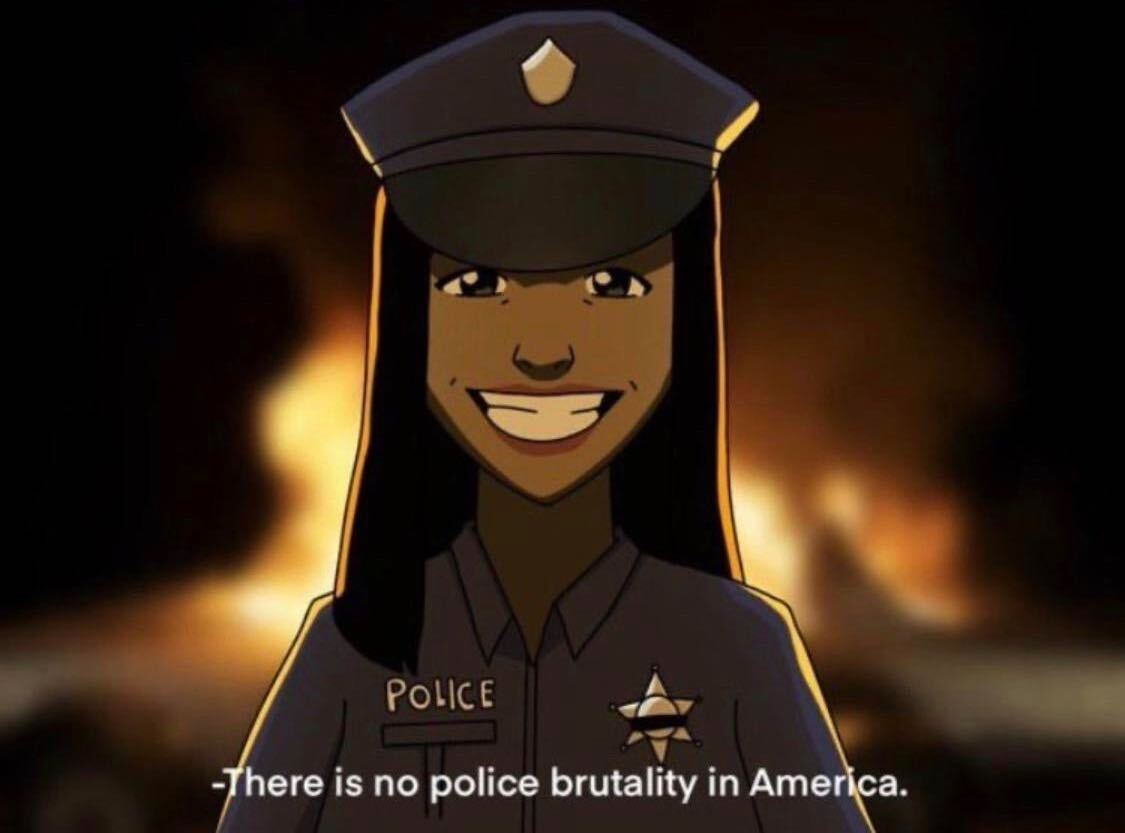 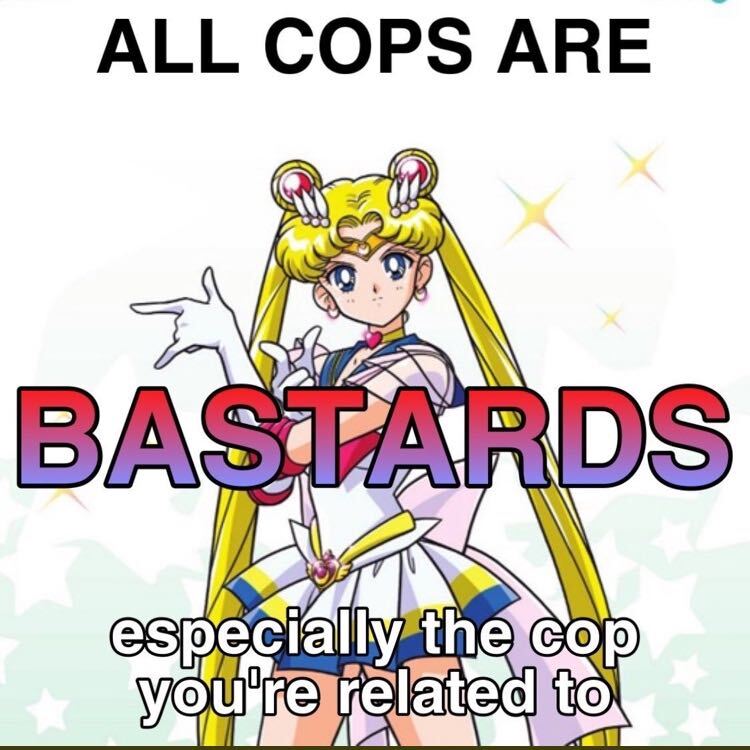 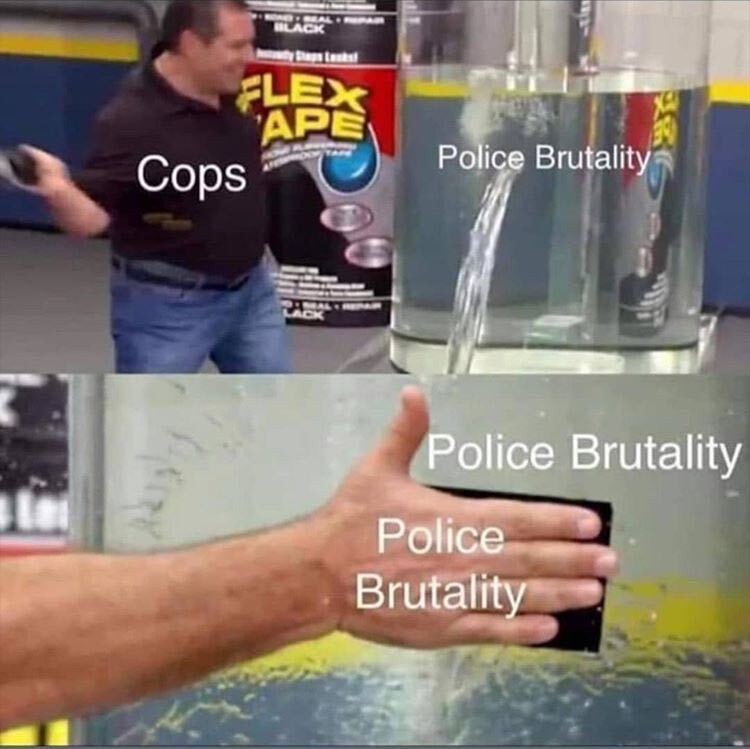 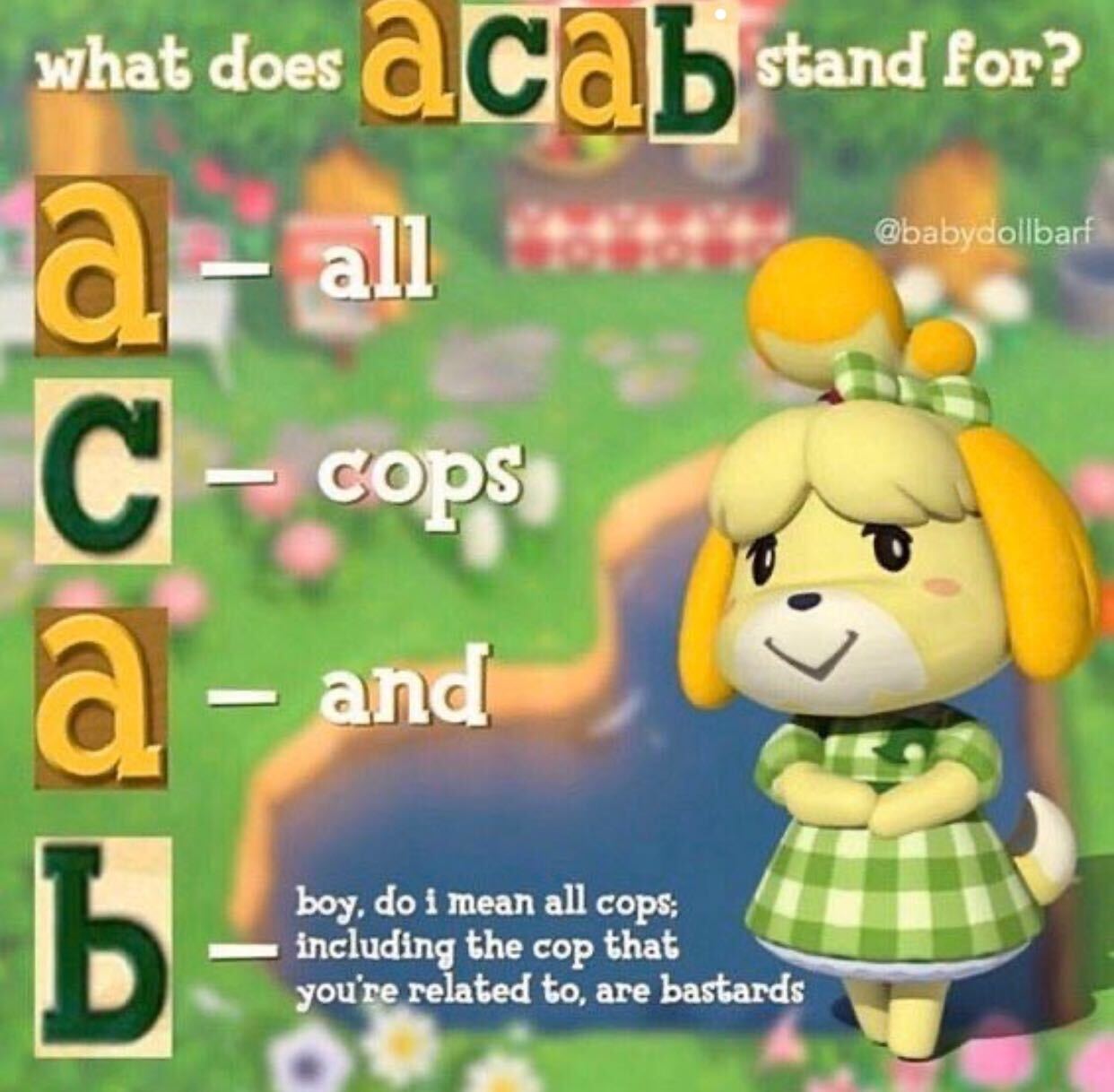 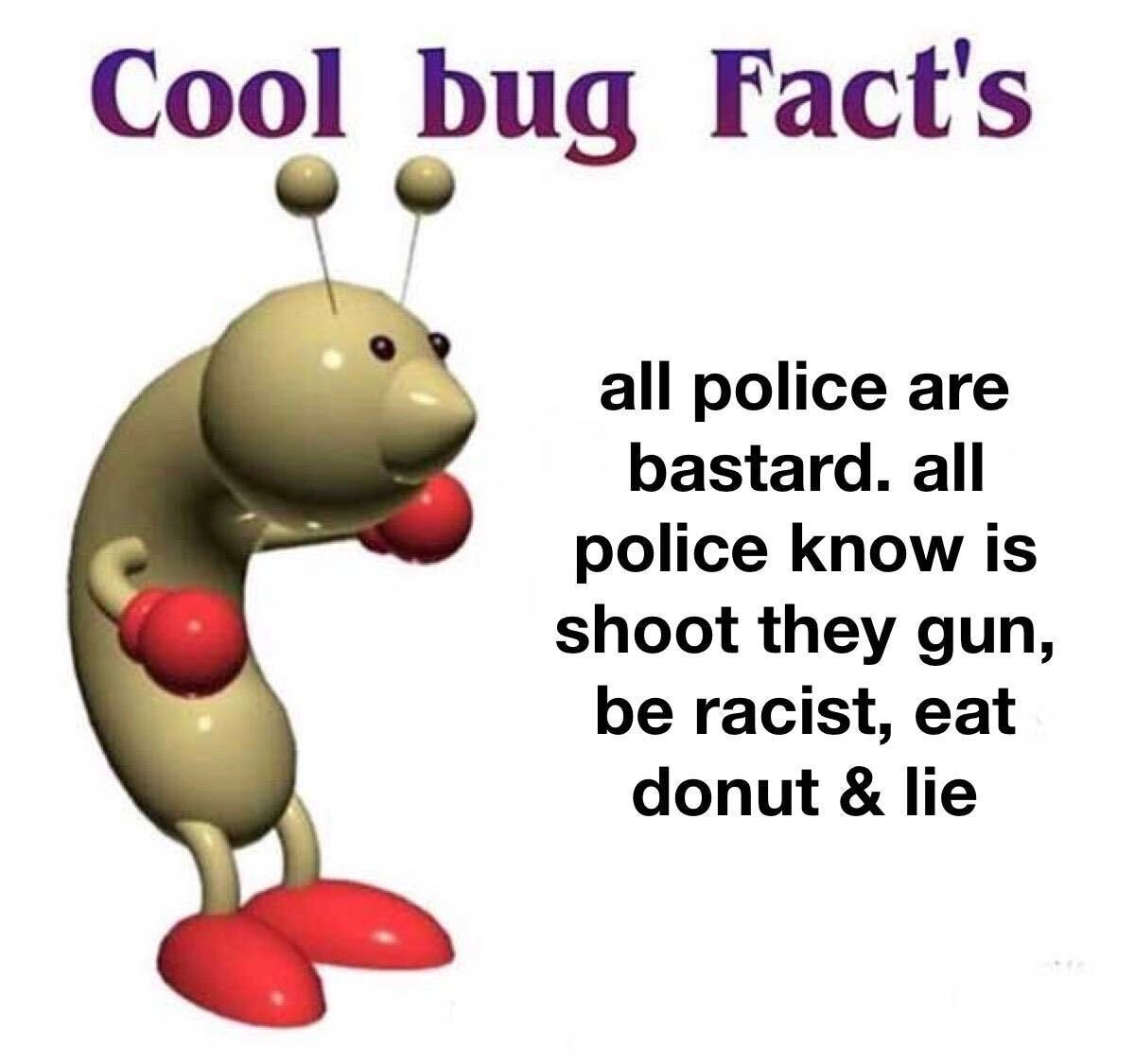 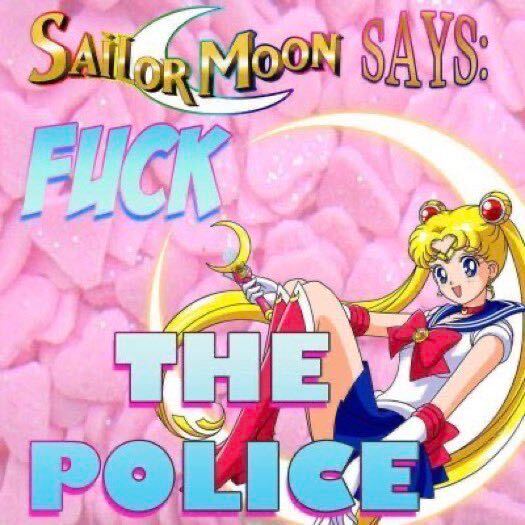 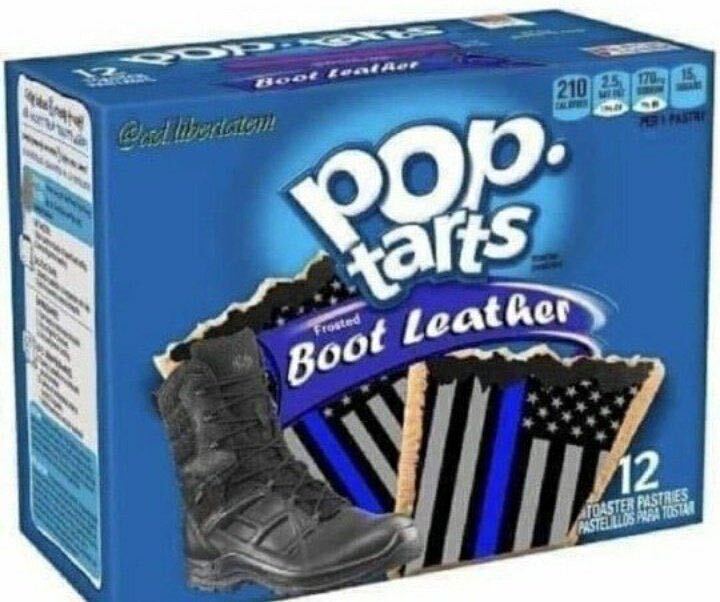 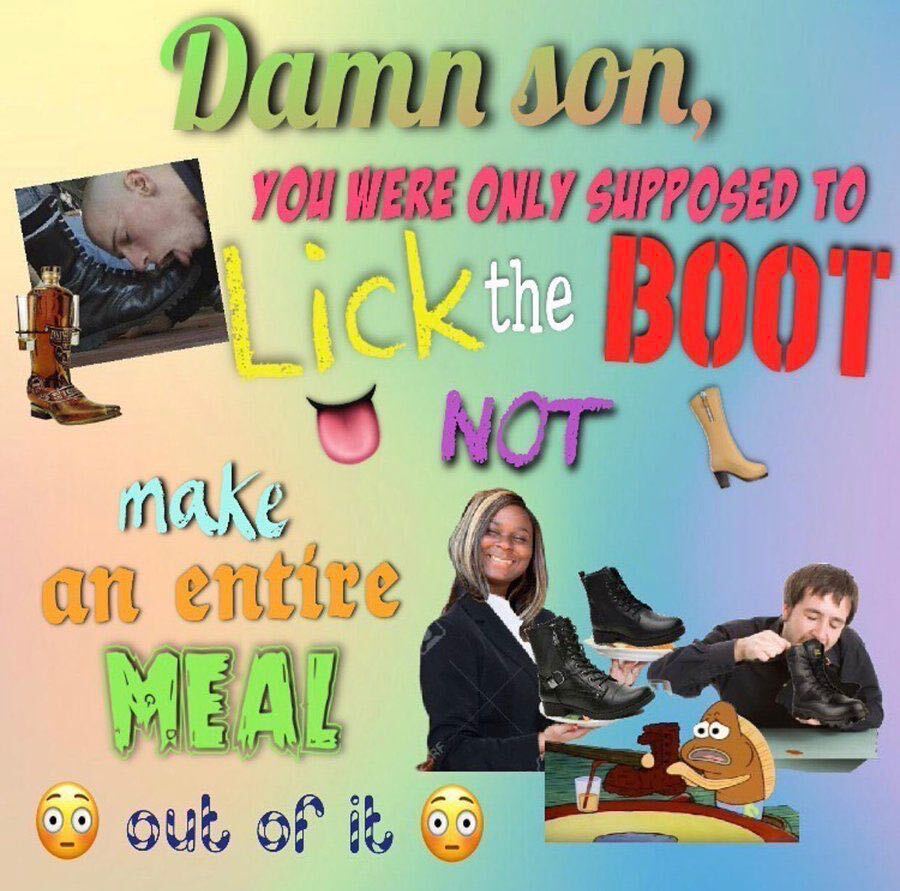 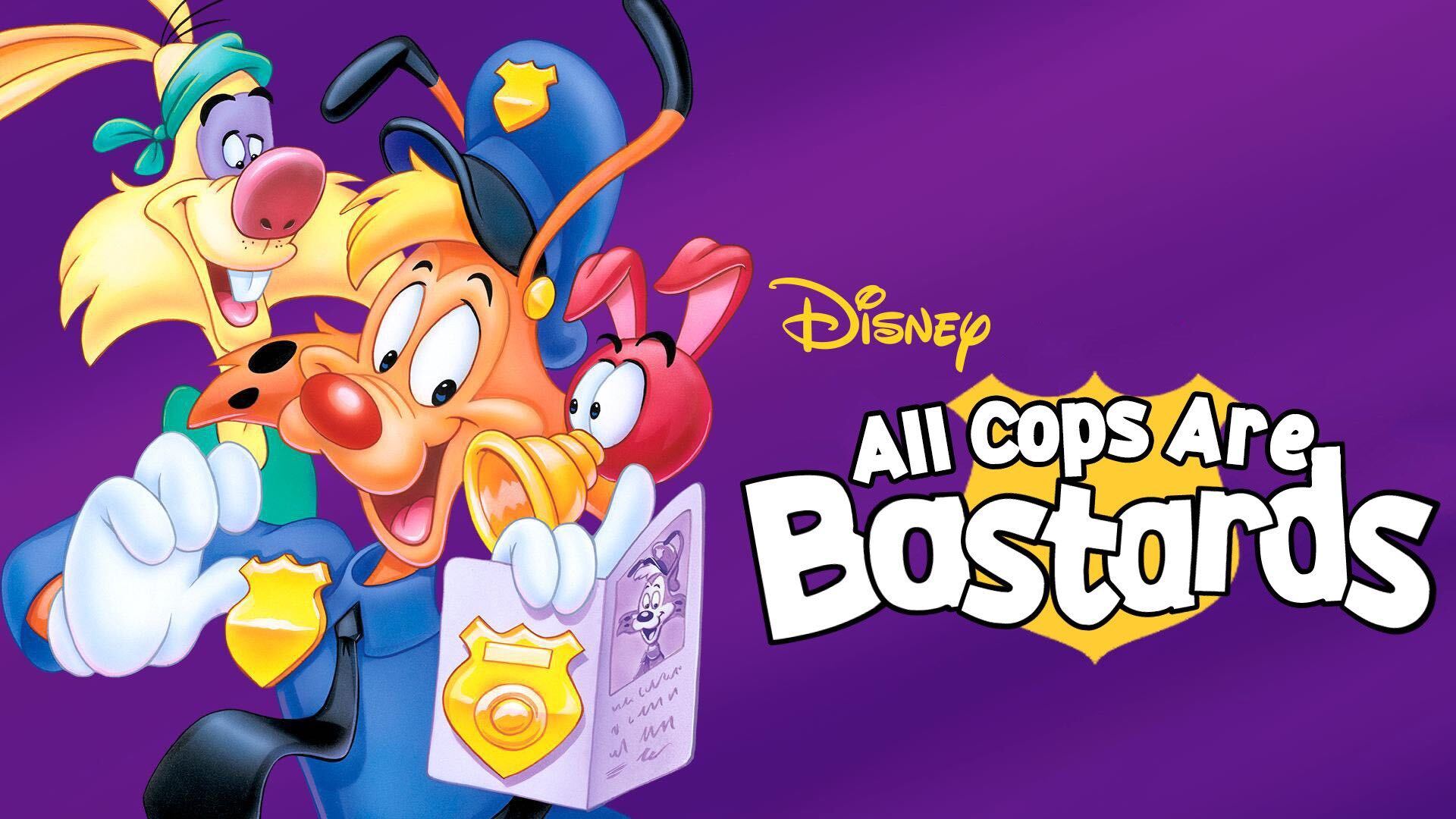 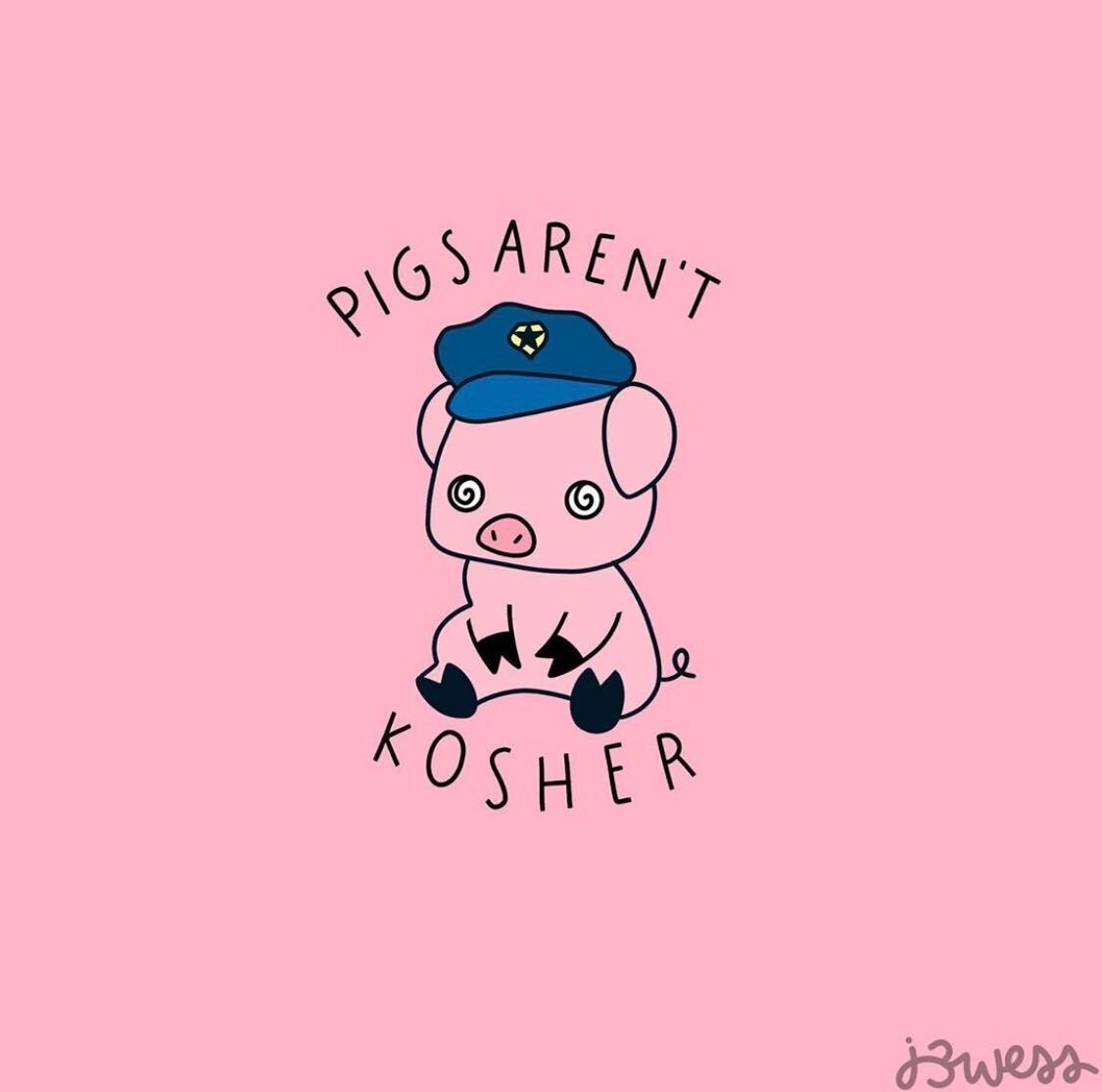 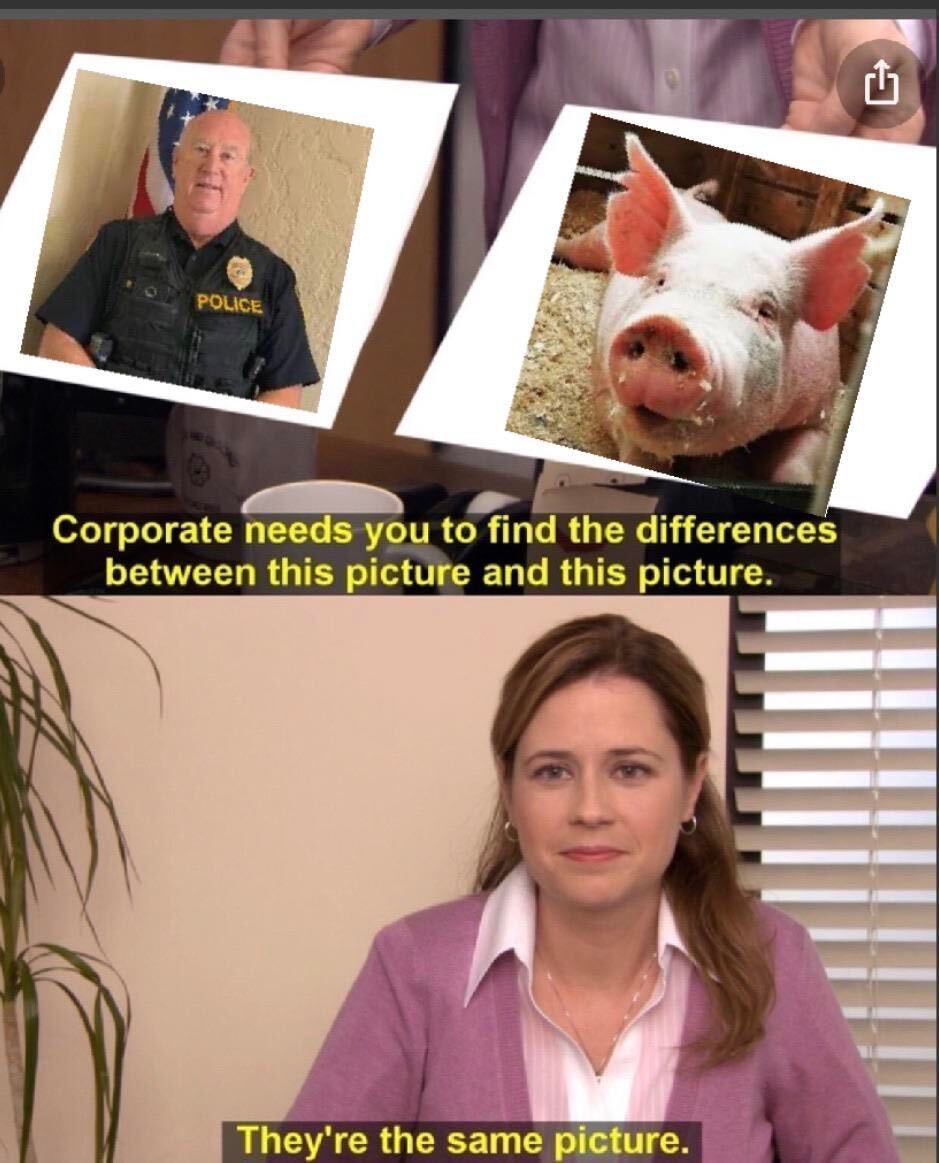 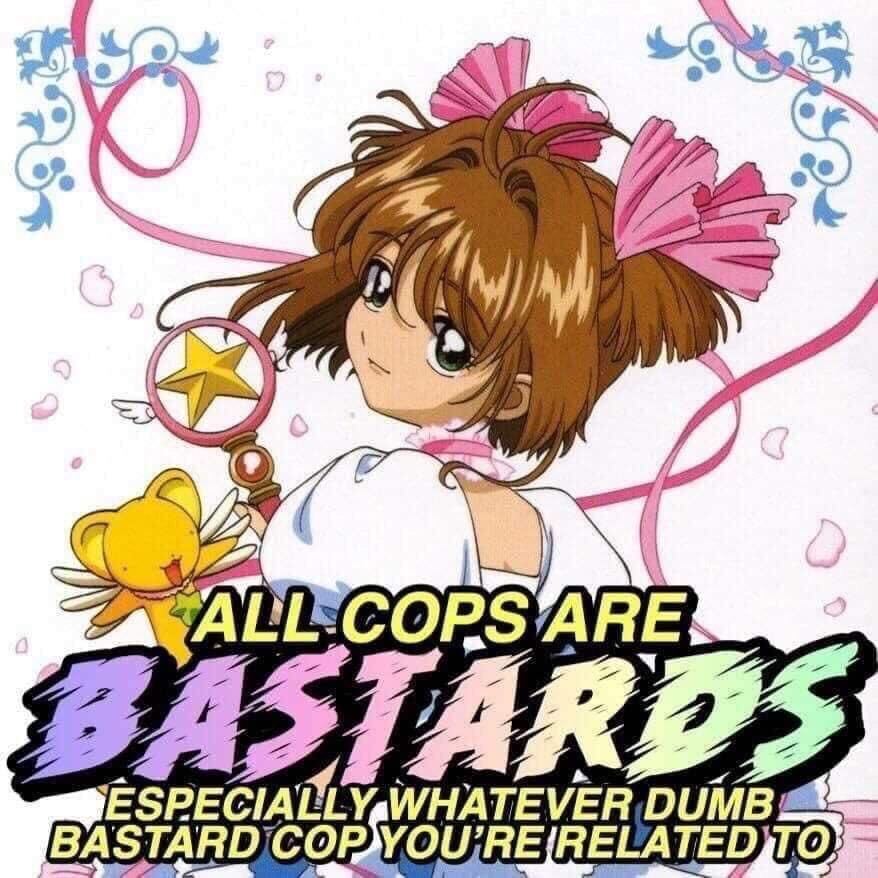 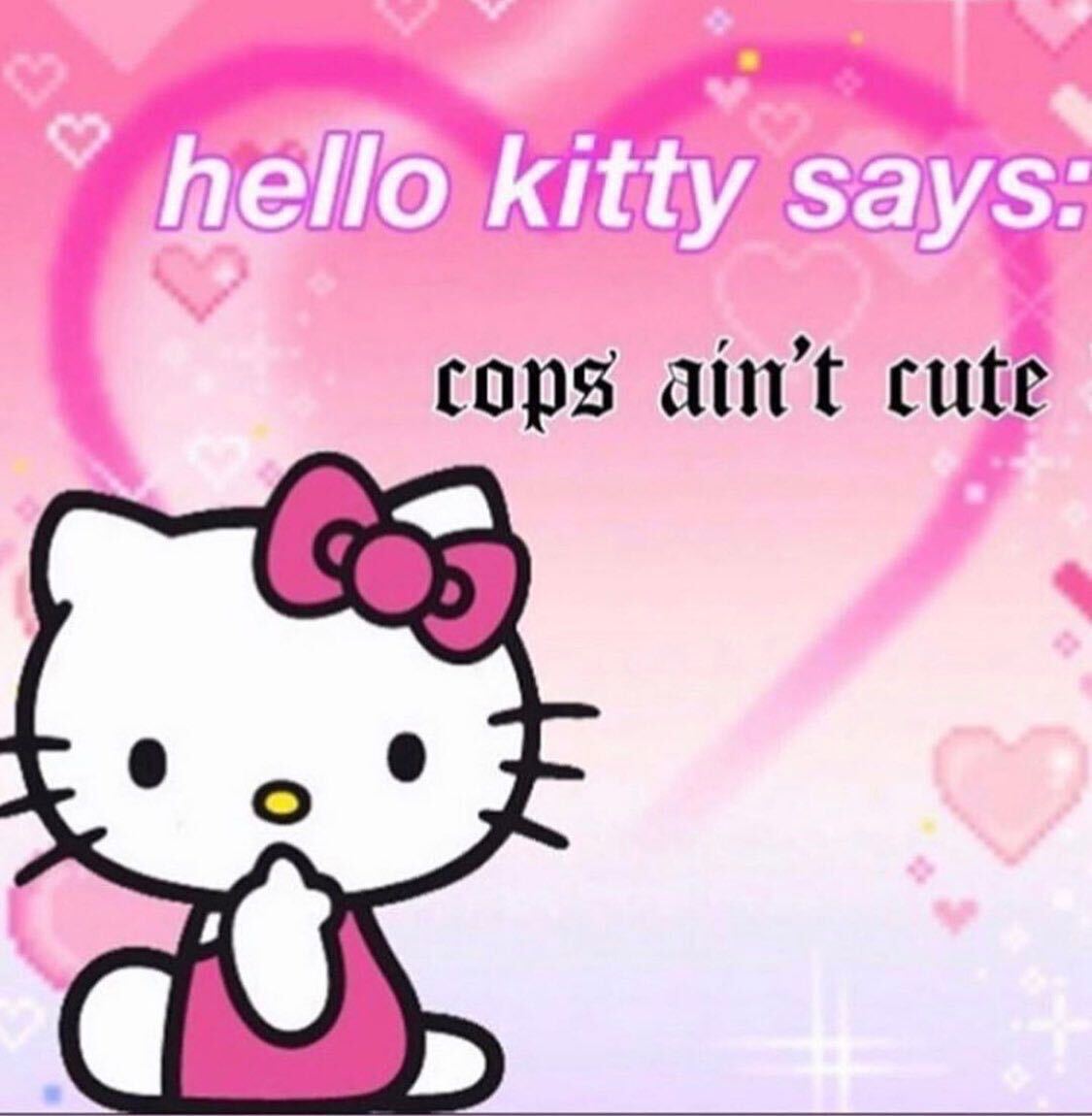 Christian Pichardo is a Contributing Writer for Rowdy Magazine.

The Earth Isn’t Political, But Politics Can Kill It

#EndSARS — What Is The Movement And How You Can Help